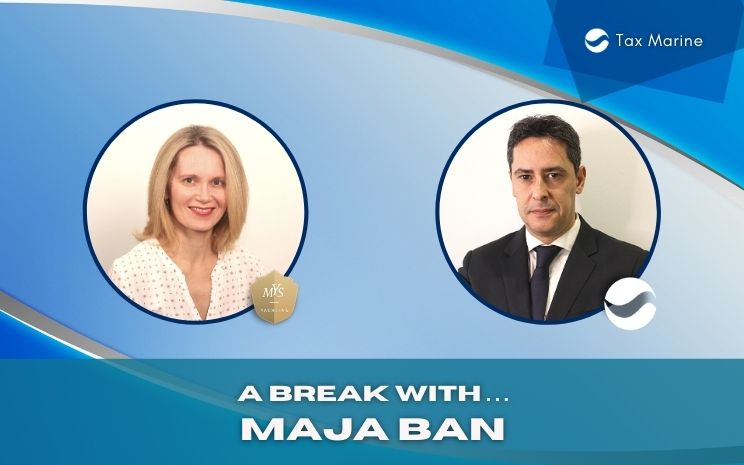 “We are still lacking women in top positions”

Maja Ban, “a Croatian, born and raised in Croatia, who is living in Croatia but with an international family”, was the second participant of our new project: “10 questions with…”.

Born in the centre of her country, Maja’s first contact with the yachting industry was at 2001, when she met a yacht Captain who told her that “there was a lack of yachting services in Croatia” which caught Maja’s attention.

She had always wanted to work on her own and to do so internationally, so in 2005, Maja took the Captain’s advice: “If you want to start your own business in yachting, you have to work on a yacht” and so she did.

After three years of sailing all around the world, “through the Panama Canal, the Suez Canal, across the Atlantic…”, Maja acquired the knowledge and network needed to start her own project, and in 2008 she founded MYS Yachting with her husband.

Her only regret is that she did not start “working on yachts and travelling the world” earlier, and today we can say that she definitely was right to do so, as she led MYS to become the leading yacht service company in Croatia and Montenegro.

Even though “the yachting industry is a luxury industry that is not accessible for everybody”, Maja thinks that the people working in it are far from the elitist conception that surrounds the sector, and defines them as “authentic, open, honest, providing the best service they can”.

However, “women in the yachting industry are still (as in any other industry) still are not in equality in numbers when it comes to top positions” and even when looking at crew members “only 28% are women”. Luckily, “that is slowly changing” and some movements and associations are starting to take action.

Although Maja married an American, their “two bilingual children” are still growing up in Croatia, “one of the safest countries in the world” where she sees a bright future for the industry due to the importance of nautical tourism in the nation.

When talking with her, you realise that Maja is someone with a lot of curiosity and a desire to evolve. We asked her how she sees herself in 10 years’ time, and Maja thinks that she will be “overseeing day-to-day operations of MYS” but, also says that she will be “working on some project” already on her mind.